Johnson County Elks are well aware of the “Riddle” that was instrumental in the formation of their lodge, Johnson County Lodge 2880.

“It was David Riddle’s dream to form the lodge,” said Kevin MacDonald, one of the lodge’s charter members and current lodge public relations chairman. “ He died in January 2015, and his wife Debbie and three other women continued his dream of opening the new lodge here in Johnson County.

“He was leading knight when he died and was a past exalted ruler” of Metropolis Lodge 1428.

Johnson County Lodge 2880 was officially and formally recognized on Nov. 1 in an institutional ceremony held in the Vienna High School gymnasium. IEA Sponsor Lou Sulsberger led a delegation of Illinois Elks to take part in opening the first new Illinois Elks Lodge since Oglesby 2360 was instituted on Jan. 15, 1967.

Qualls, in chronicling the formation of Johnson County Lodge, credited the inspiration of David Riddle, calling him “the most dedicated Elk that I had or have ever met.”

“No matter who or where a conversation was being had by a group of friends or complete strangers, David had a way of somehow working the Elks organization into the conversation,” Qualls said.

David, who served in many capacities at Metropolis Lodge 1428, including esquire, leading knight and exalted ruler, took great pride in being one of the very few who could deliver the 11 O’clock toast in its original “Jolly Corks” format, Qualls said.

“He especially loved doing that at the State Conventions where many ‘new’ Elks were present and had never heard that version,” she said.

“We four — Debbie, Lori, Christy and myself — went on to become the founding members of the Johnson County Lodge,” Qualls said.  “Without David’s influence, it’s likely none of us would have ever become Elks.”

Qualls and Riddle were the organizational committee co-chairs; McClellan, its secretary;  and Furman, its treasurer.

David had always felt that Johnson County was fertile ground for growing an Elks Lodge.

“When you would look at the map of southern Illinois, there was always that huge area that did not have an Elks Lodge and had never had such,” Qualls said.  “Metropolis would have members join from that area but not continue membership due to the long evening drive in deer-infested southern Illinois.”

On many occasions, while sitting in David’s Metropolis home garage and solving the problems of the world, David, Debbie, Lyndal and Qualls would talk about how an Elks Lodge was needed in Johnson County.

“Such was the dream,” Qualls said.

When David died in January 2015, the dream of an Elks Lodge in Johnson County was laid to rest with its original planner.  Months passed and Debbie decided to sell her home in Metropolis and move to Vienna in Johnson County.

“Shortly after that move, while on our way to the Springfield state convention in September 2015, Debbie and I made the decision to rekindle David’s extinguished flame and attend the Saturday meeting on new lodges, just to see what they had to tell us.

“The rest is history,” Qualls said.

IEA New Lodge Chairman Bob Rolewicz, in his committee report at the IEA meeting in September, welcomed the institution of Johnson County Lodge, saying, “Good luck to the new lodge and its dedicated members, and may they be blessed in all their endeavors in furthering the goals of Elkdom.” 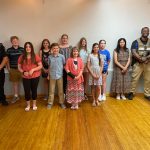 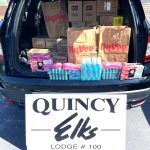 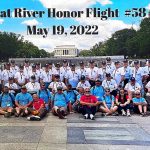